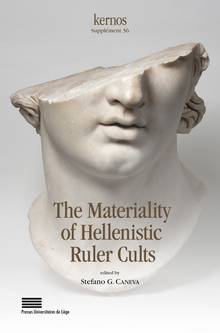 Studies in the cultic honours for Hellenistic leaders and benefactors mainly focus on the ideological and diplomatic features of the phenomenon. Conversely, the papers collected in this volume aim to shift the focus to its material and practical aspects: media, ritual action and space, agency, administration and funding. Specialists in Hellenistic history, epigraphy, papyrology, numismatics, and archaeology provide fresh reassessments of a variety of documentary dossiers concerning both institutional and non-institutional agents (cities, kingdoms; individuals, associations), Greek and non-Greek, across the Hellenistic Eastern Mediterranean world. Moreover, this interdisciplinary investigation of the materiality of rituals addressed to human benefactors as to, or together with, traditional gods allows us to go beyond a commonly accepted yet methodologically arbitrary separation between cultic honours for deities and for human beings. The latter are often still considered as an isolated and paradoxical feature of ancient Greek polytheism, and as a deviation from ‘traditional’ religion, i.e., the cults for gods and heroes as they were already practised in the archaic and classical polis. Rather, the case studies dealt with in this book contribute to shedding new light on the way ancient people could exploit the ritual and administrative toolkit of their religious system in order to satisfy new needs. In other words, one may state that cultic honours for political leaders do not provide an exception to the way Greek polytheism functioned, but are fully embedded within it, and substantially contributed to its development in the Hellenistic age.