THE CARTEGGIO OF JOHANNES W. GAYE 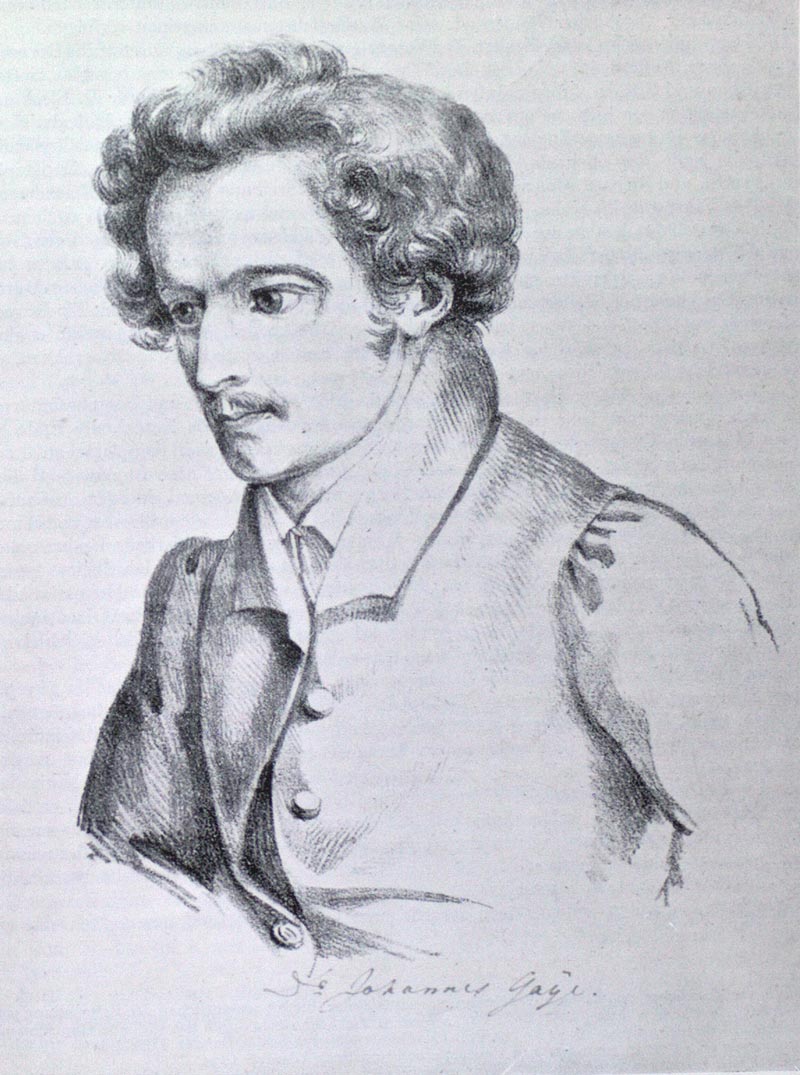 The renowned Carteggio inedito d’artisti dei secoli XIV, XV, XVI (vol. 3, Florence, 1839-1840) is a vast collection of letters, edited by Johannes W. Gaye, who, once established in Italy, carried out investigations in various archives and libraries in order to gather these documents.

His anthology is a pioneering work, a true prelude to the season of large collections of artists’ epistolary texts that saw a rise in Italy during the second half of the 19th century (Bottari, Gualandi, Milanesi, Gotti). An historian from the University of Kiel, having spent the majority of his career in Italy, Johann Wilhelm Gaye (Tonning, 1804 – Florence, 1840) had understood before others that the history of art is not made solely from theoretical and programmatic texts, but also by getting closer to the daily life of artists, whether these be anonymous figures who have little that distinguish them from the artisans, or genuinely successful individuals, claiming the role of intellectuals in the late Cinquecento Italian society.

Although the texts collected by Gaye are of various types (statutes of corporations, wills, lives of artists, etc.), it is the letter which is at the heart of the collection. We thus discover the interest that the epistolary production of artists, and numerous other figures surrounding them (art merchants, secretaries, patrons, scholars, historians, engravers, printers, etc.), represents for the reconstruction of a key period in the history of modern art, which extends from the 14th to the beginning of the 17th century. The multitude of documents allows us to approach a large variety of artists and cultural environments (Florence, Venice, Bologna, Mantua, etc.).

Several generations of Italian art historians have therefore drawn upon Gaye’s Carteggio. In reality, it is only possible to bypass it when the epistolary production of famous artists (such as Michelangelo, Vasari, or Titian) underwent specific editions.

But the Carteggio is not free of flaws, primarily due to the period in which it was produced. Beginning with the observation that Gaye’s work presents shortcomings from the philological perspective, and that he omits a number of important paleographic and codicological precisions, the EpistolART project set itself the task of producing a new edition, mitigating its primary flaws while showing the methodological importance of a return to the source. Indeed, we are convinced that it is only by starting from a sound text, understood in its materiality as much as in its content, that scientifically grounded analyses can take hold.