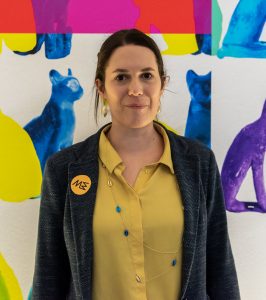 A specialist in the administrative practices and prosopography of Deir el-Medina, I was trained at the Universities of Munich and Leiden, where my foci were social history and hieratic texts. My M.A. thesis (forthcoming) dealt with the medjay, while my PhD focussed on the service personnel of Deir el-Medina. It has been published as Who’s Who around Deir el-Medina (EU 31). My research aims to better contextualise various aspects of material culture, and combines archaeological evidence with information from hieroglyphic and hieratic sources. Through investigations of several hundred ostraca and papyri from Deir el-Medina I have built up an extensive body of knowledge around the careers of specific scribes from the community, as well as the different types of administrative duties performed by different categories of scribes. It is against this background that I aim to tackle the task of identifying the different hands and individuals behind the heterogeneous papyri stored in Turin. This task forms the basis of a post-doctoral project I am undertaking, whose starting point is the different handwriting attested in letters from Deir el-Medina. In addition to this, I coordinate the Basel sub-team of the ‘Crossing Boundaries’ Project and hold the position of academic assistant and lecturer in Egyptology at the University of Basel.