Many aspects of ancient Egyptian scribal culture are still poorly understood, and previous research in the field has focused mostly on the content of texts with the aim of reconstructing literary compositions, explaining historical events, or describing the administrative and judicial customs of ancient Egyptian. By contrast, on the ‘Crossing Boundaries’ Project we adopt a contextualised, interdisciplinary approach to the written materials from Deir el-Medina, in order to get a grip on the scribal practices of the individual agents who produced these materials. By crossing the epistemological and methodological boundaries between traditional disciplines such as archaeology, papyrology, palaeography, prosopography, and textual scholarship, our project sets out to understand the life of a particular category of complex documents: the so-called ‘heterogeneous’ papyri. These papyri bear texts and drawings belonging to various genres; they include maps, plans, accounts, poems, hymns and letters. This category of papyri has never before been studied as a coherent whole. Rather, individual papyri were used as convenient sources to quarry for additional witnesses to a particular text, or to mine for specific pieces of information in service of thematic studies. These papyri, however, are of primary importance to the synchronic and diachronic study of ancient scribes at work, and can be used to examine their wider performance and competence.

We target the rich papyrological material that derive from Deir el-Medina, a village that housed the families of the workmen who built the royal tombs in the Valley of the Kings, as well as the surrounding necropolis during the New Kingdom (c. 1350–1000 BCE). This highly literate community produced an unparalleled quantity of texts and inscriptions. It thus provides undoubtedly the best laboratory in which to observe ancient Egyptian scribes at work. The partners on this project are the University of Basel (Switzerland), the Université de Liège (Belgium), and the Museo Egizio di Torino (Italy), which holds the most important collection of papyri from Deir el-Medina. Teams from these three institutions will work collaboratively on five main research goals: (1) to identify and document fragments of the heterogeneous papyri in the Turin collection; (2) to piece together the fragments and digitally reconstruct the original documents; (3) to study the variety of texts attested on each papyrus, assess the number of scribes (hands) behind these texts, and ultimately offer generalisations individual scenarios regarding the history of these documents; (4) to enrich the results with data from other archives of heterogeneous papyri from Deir el-Medina; and (5) to broaden our perspective on the papyri by comparing the quantitative and qualitative data from Deir el-Medina with our complex scribal inheritance from other ancient Egypt sites and periods. 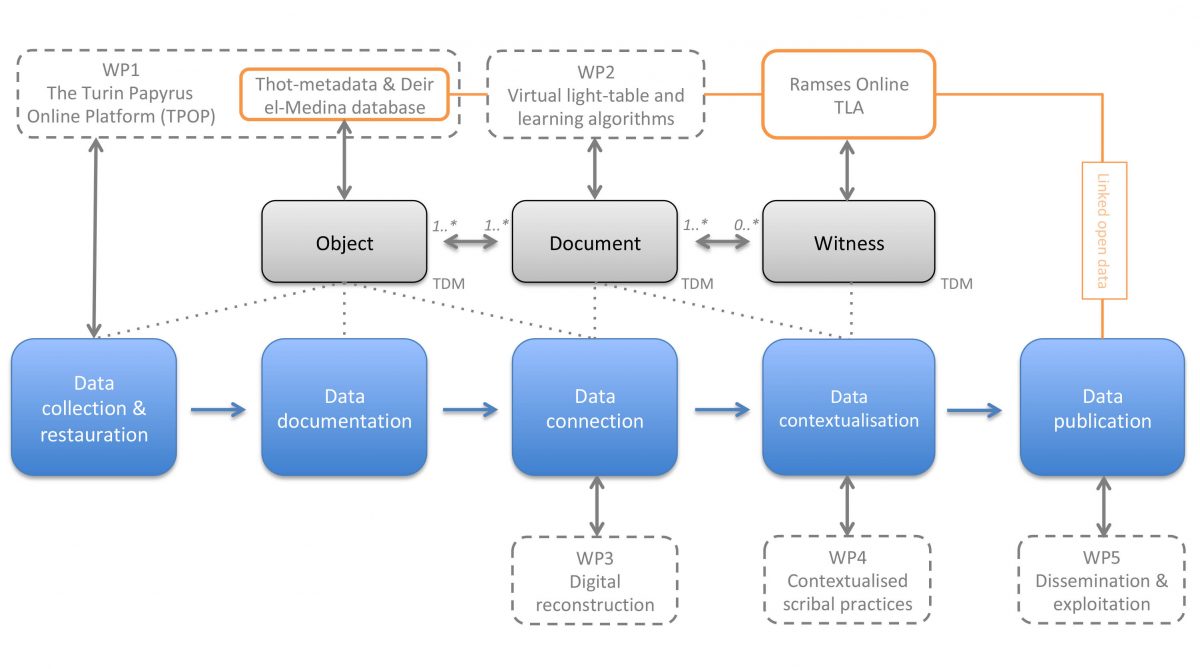 Every step of our project is supported by state-of-the-art digital resources: the Turin Papyrus Online Platform (TPOP), the Thesauri and Ontology for Documenting Egyptological Resources, the Deir el-Medina Database, and the hieroglyphic corpus Ramses Online. All of these will be connected and further integrated into our project in order to meet our goals. These Digital Humanities resources are strongly committed to open access, and our results will also be published on a dedicated website and linked to (open) data. Furthermore, the new software solutions that we develop for this project will be made available open-source, and the publications that stem from our research will be accessible via institutional open access repositories, such as the Turin Papyrus Online Platform and the Rivista del Museo Egizio. 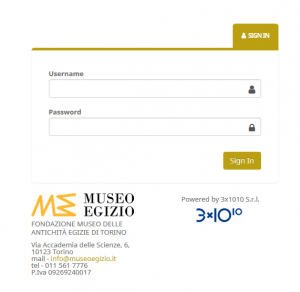 The ‘Crossing Boundaries’ Project is expected to have a major impact on three main levels: (1) from a cultural heritage point of view, it will lead to the reconstruction of a sizable quantity of ancient Egyptian papyri, currently fragmented in the Turin collection; (2) from a Digital Humanities point of view, new learning algorithms and a dedicated interface will be developed to piece together hundreds of fragments of papyri, a solution that will prove applicable to many other papyri collections; (3) from a cultural history point of view, the project will gain significant new insights into Egyptian scribal culture. It will demonstrate that – from very early on – writing was a deeply social practice shaped by its contexts, where mixed categories of knowledge (administrative, legal, historical, religious, or literary) could be combined in a single document and mastered by individual scribes.