The Ramses Project aims at building a richly annotated corpus of all Late Egyptian texts, as well as all the written material whose linguistic registers attest Late Egyptian linguistic features, from the 18th dynasty down to the Third Intermediate Period (ca. 1350–700 BCE). The corpus is described using a full set of metadata and for every text includes a hieroglyphic transcription accompanied by a transliteration and a (French or English) translation. Tokens are systematically lemmatised and annotated with morphological information. Part of this corpus is freely available as Ramses Online.

Thot stems from the need of two major ancient Egyptian philological projects — the Thesaurus Linguae Aegyptiae and the Ramses Project — to harmonise their metadata and establish a set of common resources for documenting and encoding ancient Egyptian resources. The ultimate aim of this collaboration is to make fully interoperable the main digital corpora of ancient Egyptian. Thot is both a set of metadata (or concepts organised in schemes and hierarchically sorted) and a web platform for the creation, curation, and publication of these metadata. 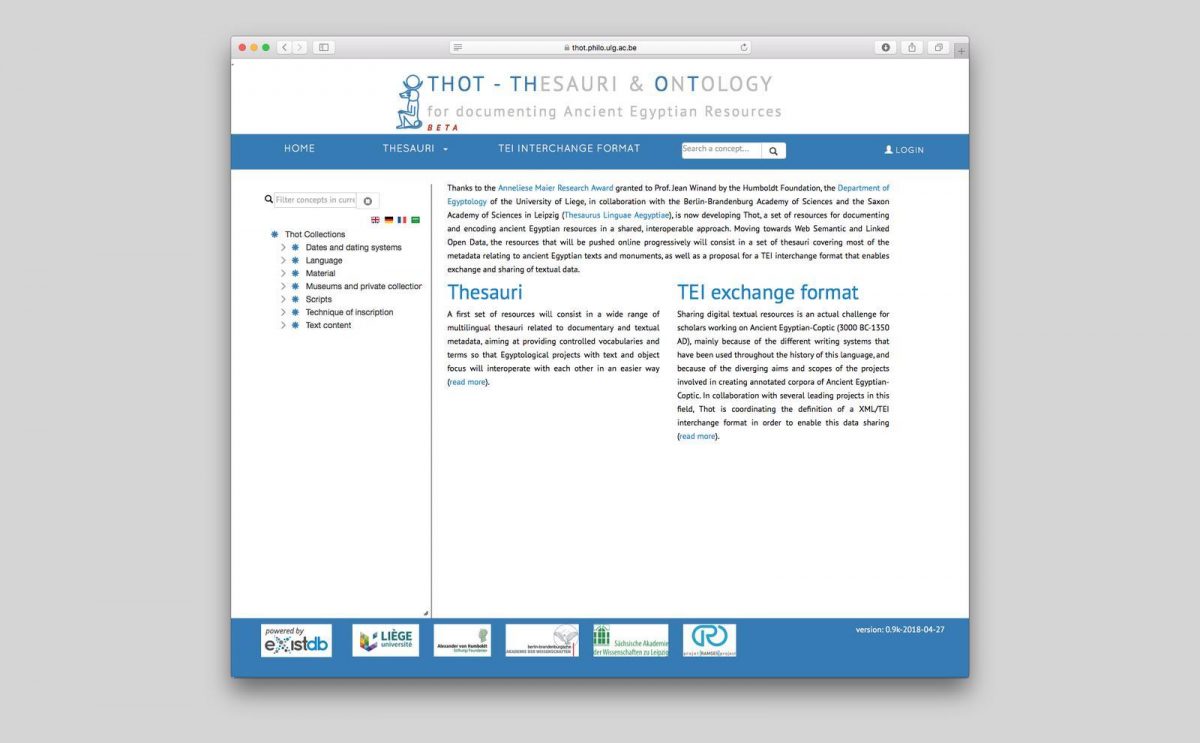 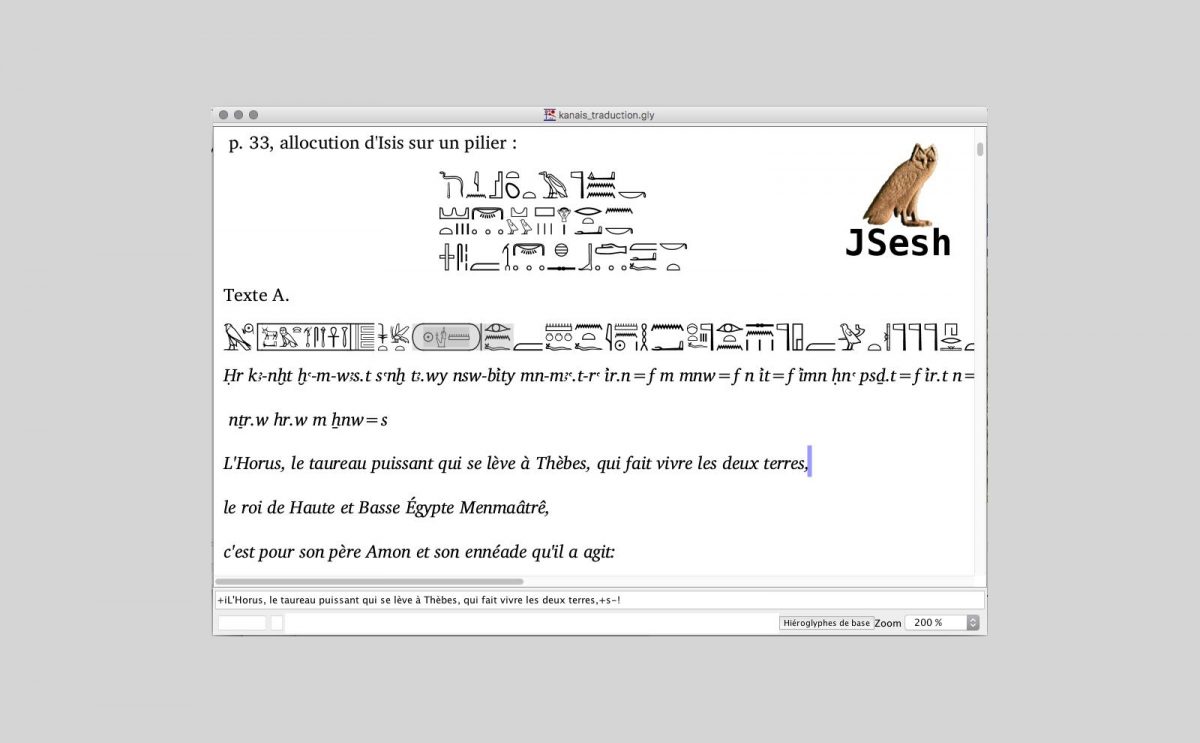 My PhD investigates how pictorial and written images of the king were constructed by members of the Deir el-Medina community during the Twentieth dynasty (1190–1076 BC). Although the tomb builders of Pharaoh worked for the king’s eternity, they never interacted directly with him, and the only representatives of the state to actually visit Deir el-Medina were the vizier and the mayor of Thebes. The king thus remains a fairly hazy figure in the administrative texts from the village. Despite this physical absence, the people of Deir el-Medina both represented and described the Pharaoh on many occasions. Through the study of these sources from Deir el-Medina, I propose to describe patterns of representation of the king, as well as the interaction between these patterns.

As part of this study, I will produce a complete edition of texts collated from four papyrus manuscripts in the Museo Egizio of Turin: Cat.1892 + Cat.1886 + Cat.1893; CGT 54038; Cat. 1965; and CGT 54018. Along with other text types, these papyri contain hymns to the king, which will help to shed light on my research question.

The first aim of my project is the comprehensive publication of a selected group of papyri housed in the Museo Egizio. This corpus comprises roughly 30 papyri related to the administration of the village of Deir el-Medina, and which can be dated to the reign of Ramesses IX. These documents came to Turin in 1824 as part of the collection of Bernardino Drovetti. And though these papyri have received the attentions of scholars—Jaroslav Černy in particular—since then, there nevertheless remains no complete edition of the majority of the texts in this corpus. My project will also investigate the social context of these papyri and their production. Its goal is to draw a clearer picture of the workmen’s life in Deir el-Medina, and provide insights into the organisation of social and economic structures during the reign of Ramesses IX.

Micòl’s two year project funded by the Museo Egizio is titled ‘The transmission of literary knowledge on papyrus in Ramesside time. The Turin collection in focus’. The corpus of literary works of the Ramesside time includes copies of previous compositions that continued to be transmitted in Classic Egyptian, and new works in the ‘colloquial’ Late Egyptian. Production and re-production, innovation and canonisation coexist in the Ramesside literary production. The project seeks to explore what literary knowledge was transmitted on papyrus in the late New Kingdom, how, and the uses of literary texts. Special attention will be given to the manuscripts from Deir el-Medina as the written production circulating in that community may enable us to see how the selection process of time worked in texts transmission within a narrowly defined geographical and temporal context. The research focuses are the ‘story’ of the papyrus fragment and the texts written on it (e.g. phases of existence of the papyrus fragment, and the way in which multiple texts clustered on a document) and texts transmission (e.g. open VS closed transmission, production VS reproduction). Special case study are the Calendars of lucky and unlucky days, also called hemerologies, which assign good or ill omens to each day of the year.